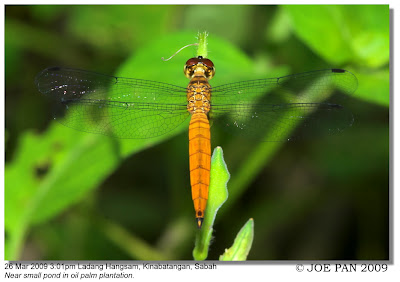 I was pleasantly surprised when I came across this small dragonfly near a pond in the oil palm plantation recently as I have never seen it in Sabah before. I first saw and photographed this species in the Lambir Hills National Park in Miri, Sarawak in 2006. 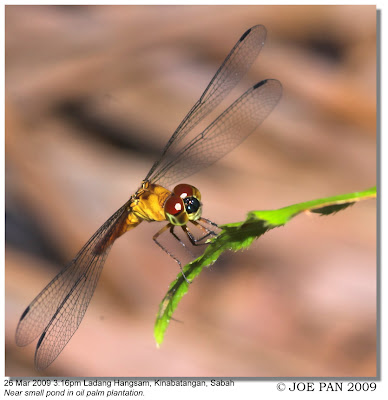 This species is rather interesting because of its many colour forms or morphs. At least four distinct colour forms are known - orange, red, blue and a dark almost black form with a white band on its abdomen. 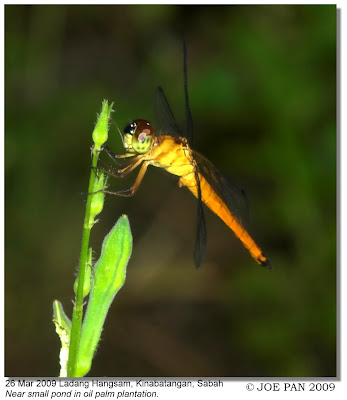 This male, like the one I saw in Miri is of the orange variety.
The geographical range of this libellulid is recorded as Vietnam, Thailand, Peninsular Malaysia and Singapore, Borneo, Indonesia and the Philippines.
Posted by Dragonchaser at 10:28

We don't have that genus here. Cool!

Hi Matt & Amila,
Thanks for visiting and kind comments.
Joe