The first time I saw this species was on a boat ride on a clear rocky forest stream in Long Pasia, Sabah in September, 2016. To my astonishment one flew past our boat as my friend Shauming Lo and I were just beginning to take in the beauty of the surroundings. It was large and flew quite audibly and was like nothing we had seen before. Shauming promptly nicknamed it The Helicopter! We quickly scrambled to take photos of it when it perched on the side of the boat, but when we met more and more along the way we took our time and were able to take some photos of them on rocks and wood in the river. 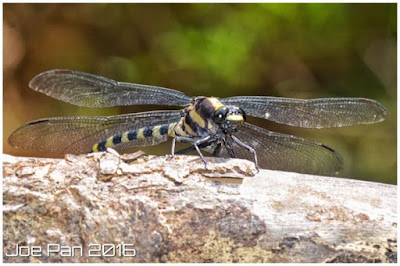 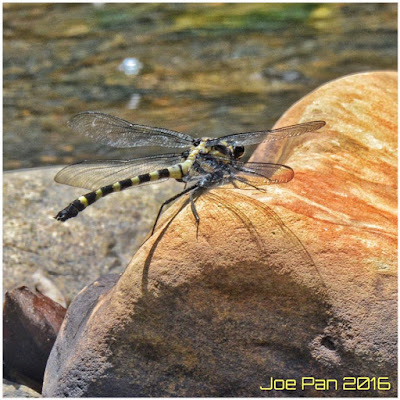 With a hindwind length of 55mm in males and up to 57mm in females it is the largest of Borneo's gomphids. Its colour and rather small-headed appearance also make it easy to recognise.

Though its name "japponicus" may seems to indicate that it is also found in Japan it in fact is only present in Borneo, Sumatra, Malaya and southern Thailand. It was named in 1854 on the mistaken belief of the author that the specimen was collected in Japan! 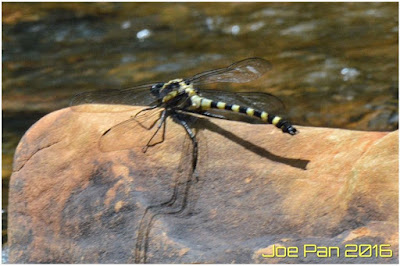 
Even though described as widespread and common in its range I only recently encountered this dainty species in the Sama Jaya Nature Reserve in Kuching, Sarawak after years of semi-serious dragonfly chasing! The males (I did not see any females) were gathered in quite large numbers in the swampy area of the park and were quite conspicuous in their attractive powder-blue and orange "attire". After I saw the first one it was very easy to see one everywhere I looked along the forest paths!

The species' range is Sundaland (except Java) up to Indochina. 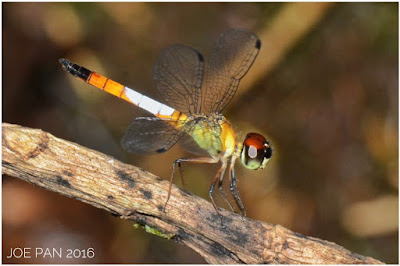 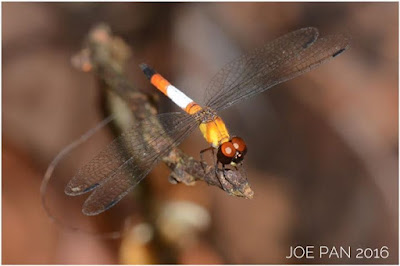 Posted by Dragonchaser at 00:50 No comments: