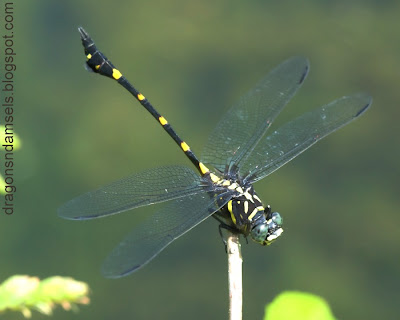 This large dragonfly is perhaps the most commonly seen member of the family Gomphidae in its range which spreads from China, Indochina, Thailand and Peninsular Malaysia, to Indonesia, Borneo and the Philippines.

It breeds in open standing water like ponds and dams, the males are often seen perched on emergent water plants or on the water edge. Females are sometimes seen depositing their eggs in the pond, I have seen one doing so by simply dropping her eggs into the water seemingly at random and barely wetting her abdomen, with the male guarding her from a distance.

Gomphids are commonly called Clubtail Dragonflies, so this species with its yellow stripes would probably be called a Tiger Clubtail!

The Amber-winged Glider is quite a common dragonfly around ponds in open areas, however they are almost always seen on the wing "sailing" to and fro non-stop. Males and females are similarly coloured and marked.

This species has a vast range all over Asia, from Japan and China to India and in the whole of Southeast Asia. 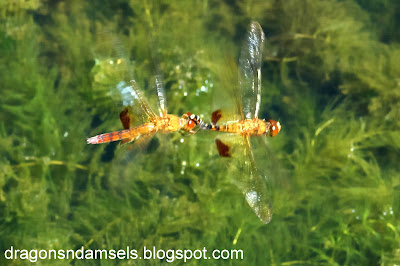 Photo above: A pair "in tandem" photographed over a pond where the female lays her eggs among the thick water weeds. 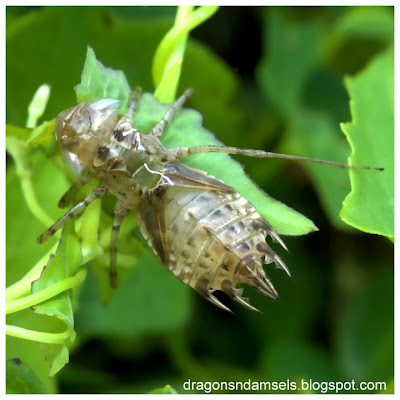 Posted by Dragonchaser at 13:08 No comments: