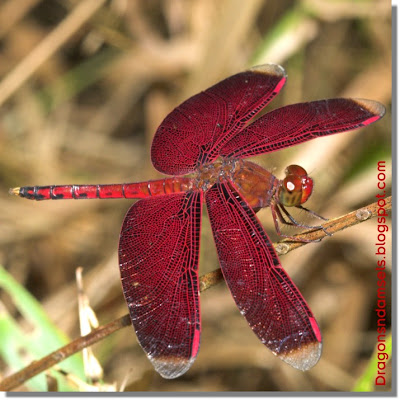 N. terminata is common on Borneo, most of Indonesia, the Philippines and less so in Peninsular Malaysia.
Posted by Dragonchaser at 10:09 6 comments: 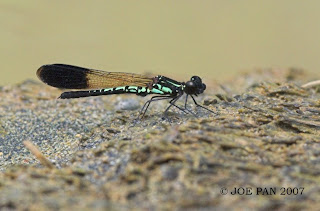 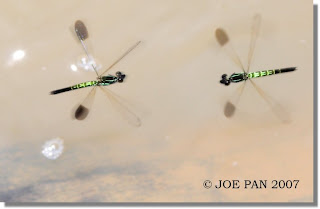 This is a very interesting damselfly found in bigger and more open forest streams and rivers where they can be seen flying about near the water surface, perched on rocks or fallen logs. Aggressive males confront each other while hovering over the contested territory. Successful males guard their mates by helicoptering to and fro above the females while they lay their eggs in the water. 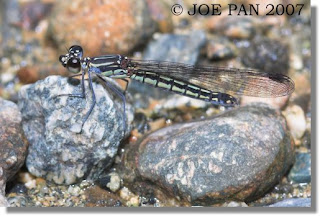 I can spend hours watching these brightly coloured males and their drabber mates going through their delightful antics. The photos are taken in Silam, Lahad Datu.

Posted by Dragonchaser at 20:58 No comments: 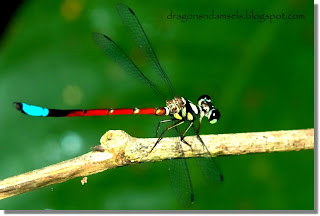 Posted by Dragonchaser at 20:20 No comments: