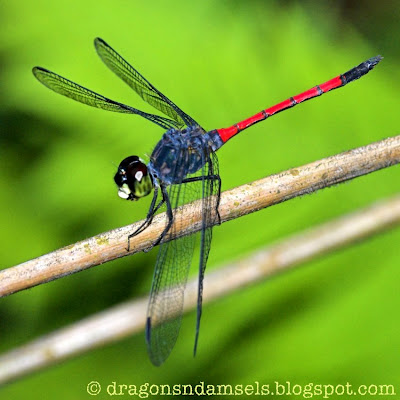 Male
A small dragonfly of lowland forest swamp and sluggish streams, also found in shaded drains in plantations and disturbed areas. Its thin red (in the male, the female is more dull orange) abdomen with a swollen base would serve to identify it from several similarly coloured species. The synthorax is metallic blue with yellow markings in both sexes, duller in the female. It is usually seen perched on water side vegetation. 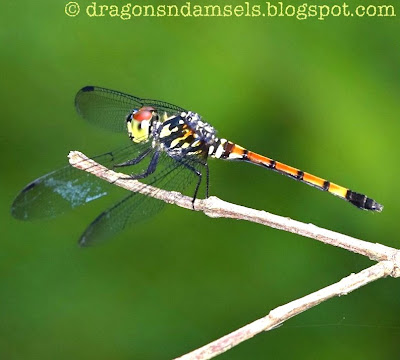 Female
The species is widespread in tropical Asia and Australasia with several sub-species recognised. The Bornean ssp is insignis. In Australia its common name is the Red Swampdragon.
Posted by Dragonchaser at 22:42 8 comments: