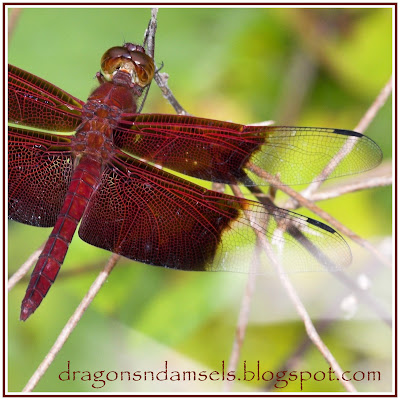 At first glance you would think that this is a huge Neurothemis because of the dark red colours on the body and wings of the male. Females are much paler in colour with fainter and less extensive markings on the wings. In size it is the largest of the Libellulid family. 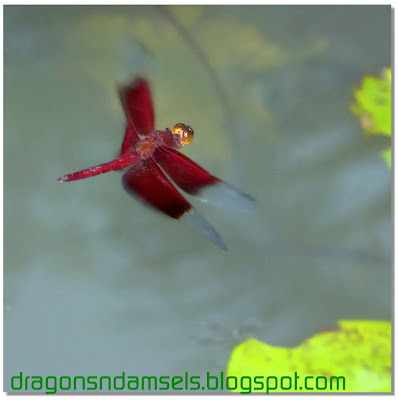 This species is said to be quite widespread in the Indo-Australian tropics but are quite rarely encountered. However I’m quite lucky to have these insects breeding in a pond (which I’ve mentally named the Camacinia Pond ;)) in the plantation where I work. There are Camacinia at this pond at almost any time! Sometimes there will be several males patrolling it and perching on the side. Sometimes a female would be present and the males would be busy pursuing her and fighting with each other! 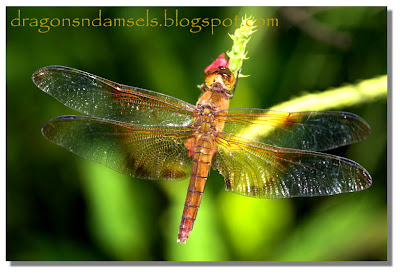 Found in lowland at ponds and lakes in open areas and near coast along mangroves.

How lucky that you have access and captured these beauties! This is comparable to our Red Saddlebags. I've only photographed the Black Saddlebag here around my pond. These photos are great, Joe!

Wow! There you are, capturing the images of C. gigantea. I haven't yet encountered C. gigantea though it is not uncommon in Peninsular Malaysia.