My last post on this species was in December 2009 featuring a newly emerged female. Male R. rufa is not easy to distinguish from other medium-sized red species of libellulid like Orthetrum testaceum, Crocothemis servilia or Urothemis signata. The female however is easier to recognise with her brownish colour and a middorsal pale yellowish streak.

I have recently photographed both males and females in the field. 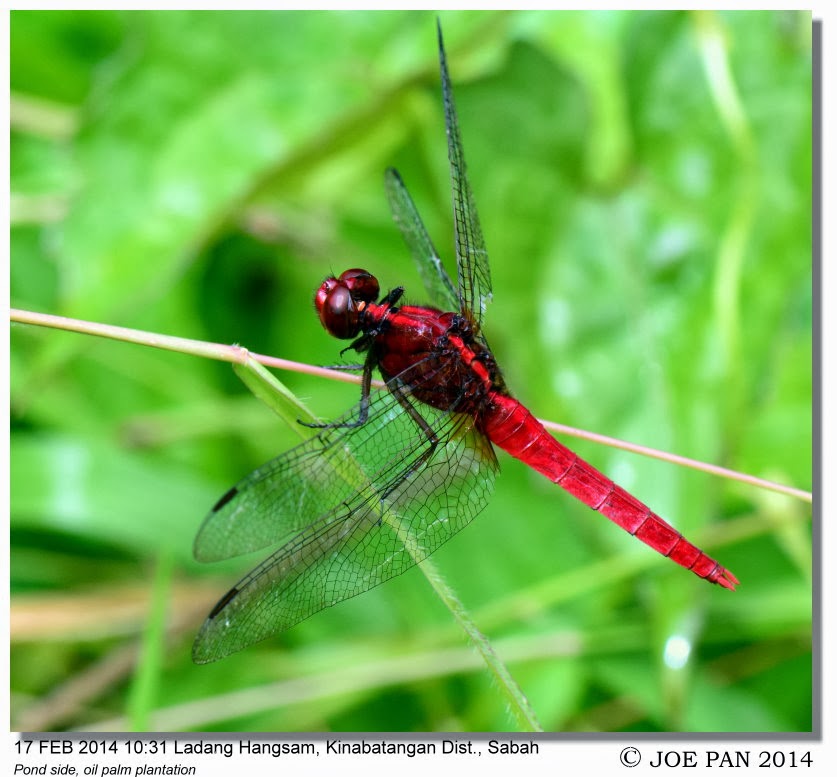 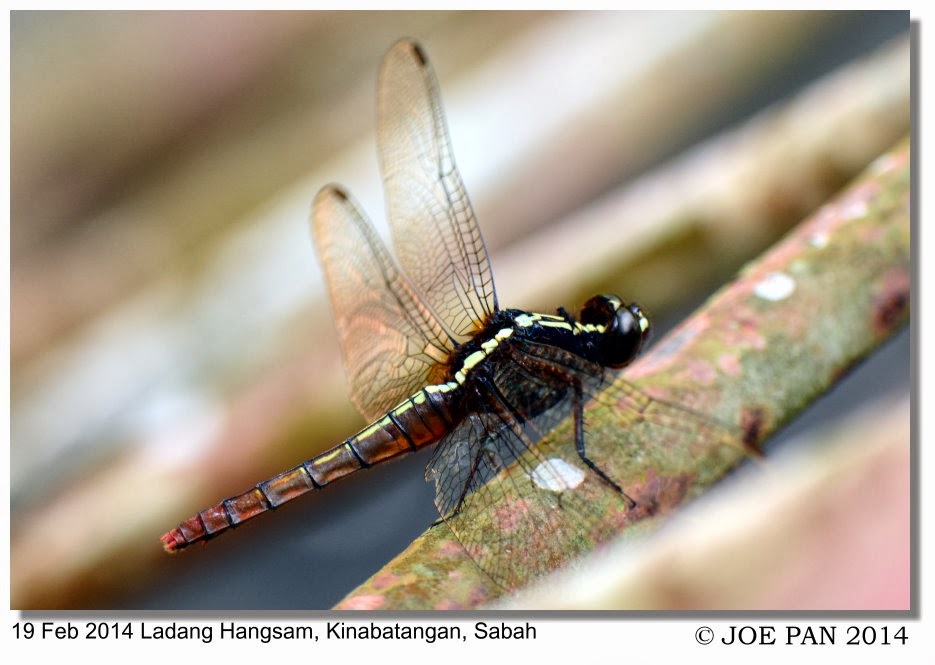 Good to see this blog back in action! May I suggest that you look at my blog "A Wandering Naturalist" at ronorenstein.blogspot.com - not purely dragonflies, or Malaysia, by any means but with a fair number of odonate photos from the other end of Borneo, near Kuching. I link ti your blog from mine; perhaps you would consider doing likewise? Thanks!

Thanks for visiting, Ronald... alas this blog had relapsed into inactivity again since your comment. However this time round I must really make the effort to revive it...

You have a lovely blog there, Ronald and it'll take me some time to enjoy it all!