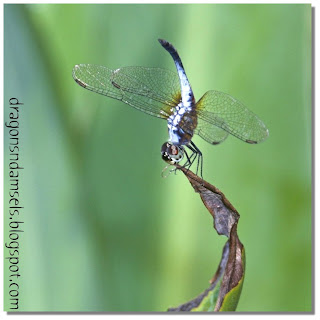 Brachydiplax chalybea is a moderate sized dragonfly commonly found in unshaded body of water, such as ponds, stagnant or slow flowing streams and drains. The males are a powder-blue in colour with hindwings that are tinted brown at the base and are often seen perched by the water and every now and then flying out to challenge any intruder that wanders into their small territory.

The females which are brownish in colour are less often seen and only appears at the water to mate and oviposite in the afternoon. This is a widespread species in tropical Asia.
Topmost photo: Male perching in "obelisk" stance. Below: Another male on guard over his territory. 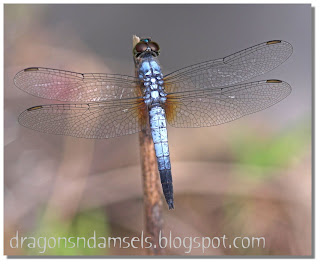 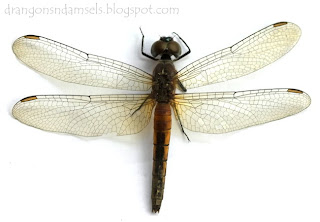