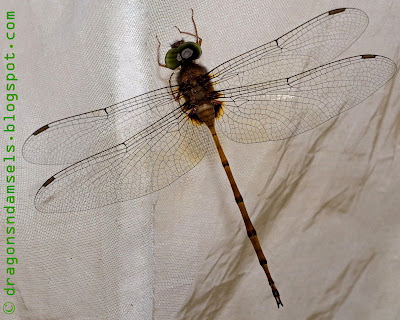 Two species of Zyxomma are quite commonly encountered but are rarely noticed because they are both crepuscular, i.e. they are active only when the sun has set and before sunrise. Z. petiolatum are less often seen or noticed because of its sombre brownish colour, unlike the male Z. obtusum which is covered in a "ghostly" white pruinescence that extents to its wings.

The two Zyxomma species are very dissimilar, with obtusum being more "libellulid-shaped", while the petiolatum male has a long and very slender abdomen; the female's is somewhat thicker. 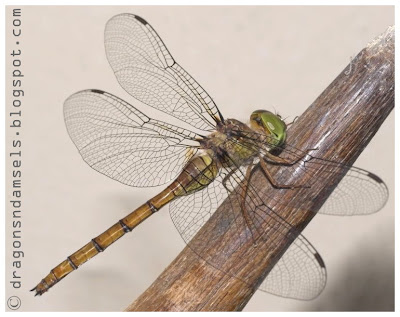 Stunning image! Glad I signed up for your feed! Doubt I'd ever been able to visit there, but in the mean time I'll visit via your camera.

Hello.
I watched オオメトンボ (Zyxomma petiolatum) for the first time.
In Japan, they seem to inhabit only the most southernmost extreme area.
It is a precious photograph.
I state sincere gratitude.

To Randy:
Ditto! I'll just make do with visiting your lovely garden with all its fascinating inhabitants via YOUR camera!